It may not be a lot of waste, but it’s still waste.  And it’s waste I see every three months.  And it drives me crazy.  Not as crazy as clam-shell packaging, but a little nuts.  The culprit?  This: 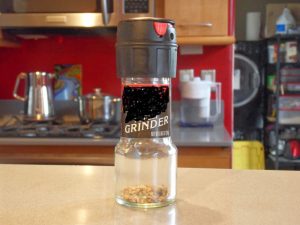 He’s handy and he makes me feel all Giada-like.  ‘Cause when you are a ‘real’ cook, you don’t measure – you just crack that pepper over the dish, stand back, and nod with a prideful smirk on your face.  Nice.
But handy or not, he and his brothers are wasteful and all bound for the dump so it’s time to introduce the replacement: 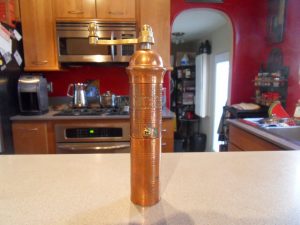 The hubs got this badboy we call the Greek because he got it on some boondoggle to ….yah, Greece.  No kidding the pepper he bought to go with it came from Turkey.  Let’s keep that between ourselves, huh?
Now it’s kind of hard to make a post about pepper grinding exciting.  So when the in-laws came to visit we hit the streets in a very NON-zero waste kind of way to some of Albuquerque’s more famous locales. 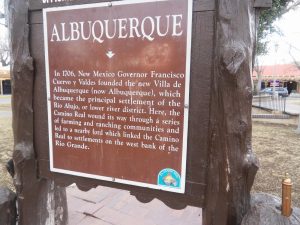 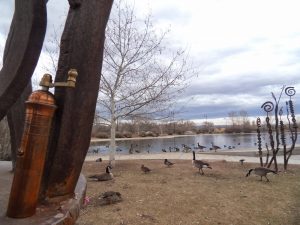 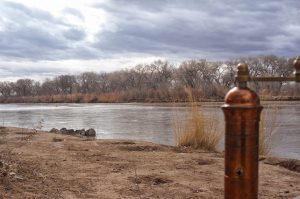 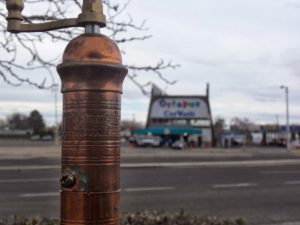 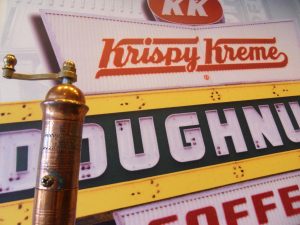 I’m not sure how this one got here. 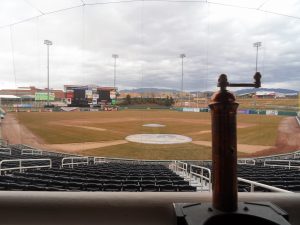 Actually Krispy Kreme gets credit for giving me the energy to do this.

I would also love to add a video montage here backed by Roy Orbison with me going to different hippie grocery stores to see who had raw peppercorns to sell.  But since I’m not Julia Roberts with Richard Gere’s credit card and more importantly this is Zero Waste Mommy that has to lug the kids around and driving certainly isn’t ZW, I sat at our kitchen table and started making phone calls.  And I thought the pepper grinder was boring.
It turns out EVERYBODY sells peppercorns.  That makes me wonder what else I don’t know:
·        You mean, there’s a difference between the “C” and “CE” on my calculator?!
·        There’s a machine at the post office where I can weigh and mail packages myself without standing in line?!
·        There’s a place in my dryer that collects tiny pieces of my clothing?!
Actually I love clearing the lint.  It’s all toasty warm and when you’re done, you’ve actually completed something tangible.
I choose the grocery store that was in my driving pattern that day and now the Greek has replaced Mr. Throw-Away and we have another notch on the Zero Waste side.  Nice.
*Now, I know I got lucky.  I had a pepper grinder literally sitting undisturbed in my spice rack for years that I had dismissed as “one of those things the hubs brought to the marriage that I’d eventually get rid of when he wasn’t paying attention”.  I doubt I have the fortitude to drag my kids through thrift stores every week looking for an old grinder.  Scratch that – I KNOW I don’t.