“Common sense is like deodorant….the people who need it most, never use it.”

Hahaha!  That Ghandi was a riot!

My father probably thinks I’ve gone into the deep end of the hippy pool and sworn off deodorant, but that’s not the case.  I just don’t want to create more waste while masking my eau de self.  Last week I showed you some store-bought deodorant.  This week chronicles my attempt to make it at home.

Most homemade deodorant recipes use :  baking soda, a thickener (like arrowroot or cornstarch), and a smoother (like coconut oil or shea butter or both).  I think arrowroot is preferable to cornstarch and shea butter would have been a nice addition, but I went with what I had on hand and what would leave me with fewer containers to recycle. 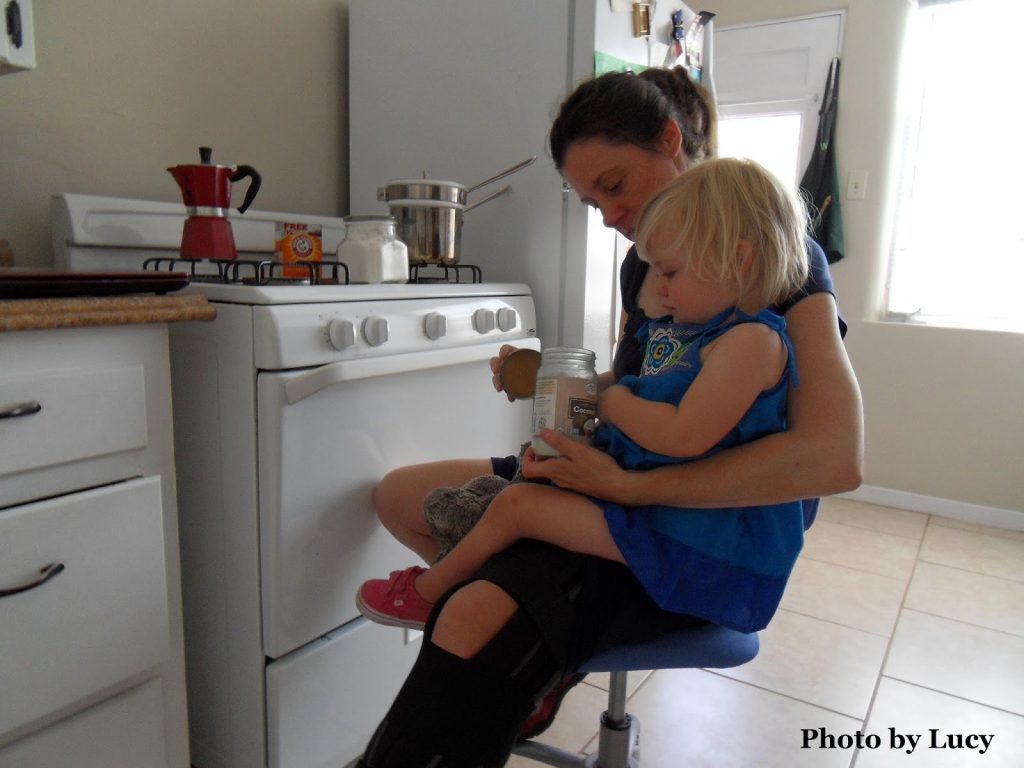 Here I am, ready to go with my three ingredients, rolling around on an office chair after busting up my knee last week.  Crutches and a two-year-old, good bedfellows they do not make.

I had my double boiler ready to melt the coconut oil, but no need as it was 85 degrees in my kitchen so the only hardware I had to gather was a bowl, a whisk, a butter knife and my confident five-year-old.

Add 1/4 cup coconut oil.
This time of year (not winter, that is) you probably don’t need the coconut oil in a fully liquid state.  Just stir it up. 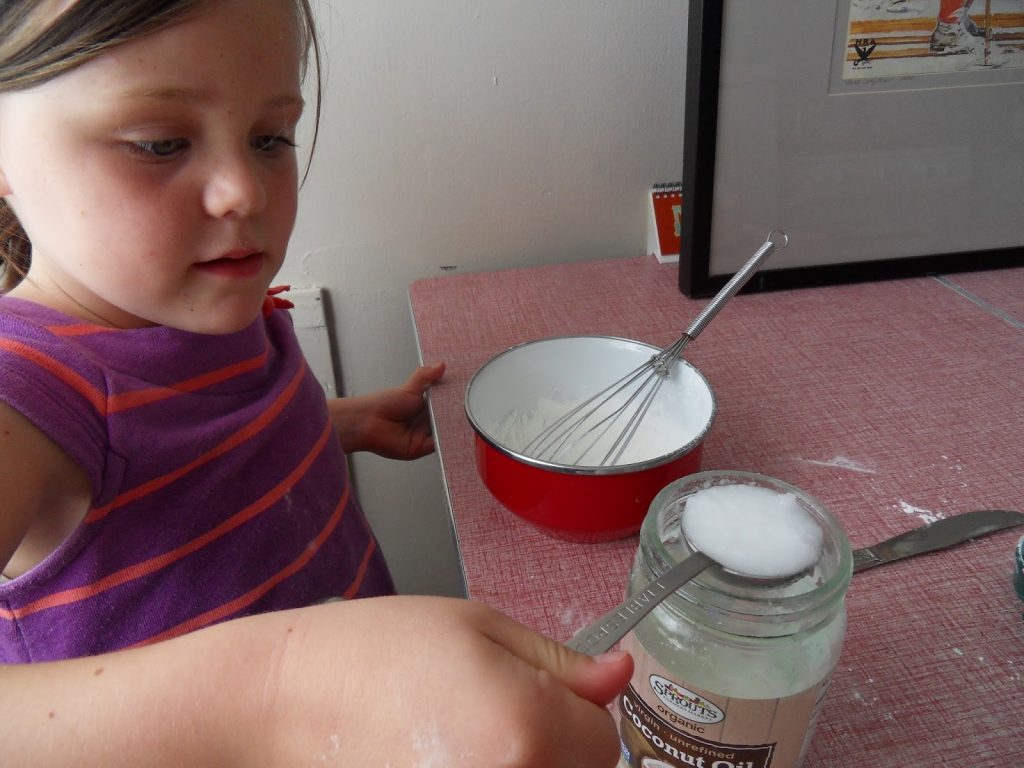 Which confounded me because I used 3/4 cup of materials and I’m pretty sure there’s a scientific rule out there in Smart-people Land that says you can’t create nor destroy mass, only change it.  Apparently I’ve defied science.  Or suffered mass attrition at the hands of my daughter.

With tweezers and a glass of wine (not optional), I cleaned out an old anti-antiperspirant tube, filled it with my coconutty concoction, poured the leftovers in a muffin tin, and popped them both in the fridge for an hour.

So how does it work?  Well, it works better than no deodorant.  You stay a little damp (like with most deodorants) but you don’t reek.  It passes the black t-shirt test and doesn’t leave any white residue.  Like store-bought hippy deodorant, you need two applications (one morning, one midday) for stressful or active days but one should (just barely) suffice for normal toddler or office manager day-to-day operations.

The smell is a little heavy on the coconut side and in the middle of summer in the middle of a swamp cooler cooled-apartment (I’m using that word liberally), it’s not as firm as I would like it.  So next time, I would start by using only 2 Tbsp of coconut oil, and adding another if it needed.

But will I continue to make it?  Meh…

It’s nice to have the option but I think I feel more secure with store-bought deodorant.

Maybe I can bring it back out after Thanksgiving, evoking white sand Malibu Rum dreams as I hang Christmas lights in the snow.