Getting Your Kids to Zero Waste

I’m gonna start with the boring stuff.  Then all the fun pics are down below.  Feel free to skip ahead.

Troll the interwebs and you’ll find some ho-hum ideas on how to get your kids to recycle or “Think Green”:  start early, make crafts from paper towel rolls (why are you still using paper towels?!), make a chore chart, read about it, play video games about it, take your kids to the recycling center, make them watch the YouTube video of the sea turtle with the straw in his nose.

Actually, YOU should watch that, alone, with a handkerchief, and be ready to forever refuse a straw when you go out.

But in my household, I try to work it in a bit more on the sly.

Like this psychological campaign I’m working in my oldest’s Kindergarten class.

She says to me, “we get points for helping clean up at snack time.  It’s all trash, no recycle, but I help throw it away and I get points.”

Her:  “Yes, it looks just like ours.” (she goes to the kitchen and points at the milk)

Me:  “Did you know that’s recyclable?”

Every now and then I’ll let the girls watch a video with me of the Pacific Garbage Patch, or anything showing a bunch of water bottles collecting in a river somewhere.

My kids are a little young to go to the recycle center, but I do show them full-cycle products like my toothbrush made with recycled plastic.  So that water bottle didn’t end up in the Pacific Ocean.

That also helps explain why I send them to school with a reusable napkin and containers in their lunch boxes.

It’s probably a good idea to make it easy by having recycling bins accessible, putting them places where they’ll come across something to recycle.  Like, where they do homework or maybe use up a toilet paper roll?

And I love the idea of letting your kids cash in on recycling.  Give ’em a bin to collect cans and take them down to the scrap metal place once a month.  There shouldn’t be a single piece of aluminum within a half mile radius of your house.  I’d even give them some pocket change every time they catch me leaving a light on. 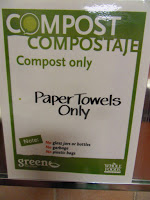 My oldest daughter, who is five, had a good idea.  “Maybe we can do it like the arrow place (Whole Foods) and have pictures of what to throw away?”  This is one benefit of shopping at farmers’ markets or Whole Foods-like chains – exposure to environmental responsibility.

And exposure, or example rather, is where I think I can make the biggest impact.  Watching mommy recycle and compost in the kitchen, taking clothes to and buying clothes from used clothing stores, using her own grocery bags, collecting and using rainwater, recycling glass, getting their snacks from the bulk bins, or fussing over the harder-to-recycle items like TerraCycle or plastic bags – some of that will hopefully stick.  Possibly to offset my swear words and less-than-standard grooming habits.

But to remove some of the drudgery, we decided to play a little game, “Trash or Recycle.”  The girls were pretty excited. 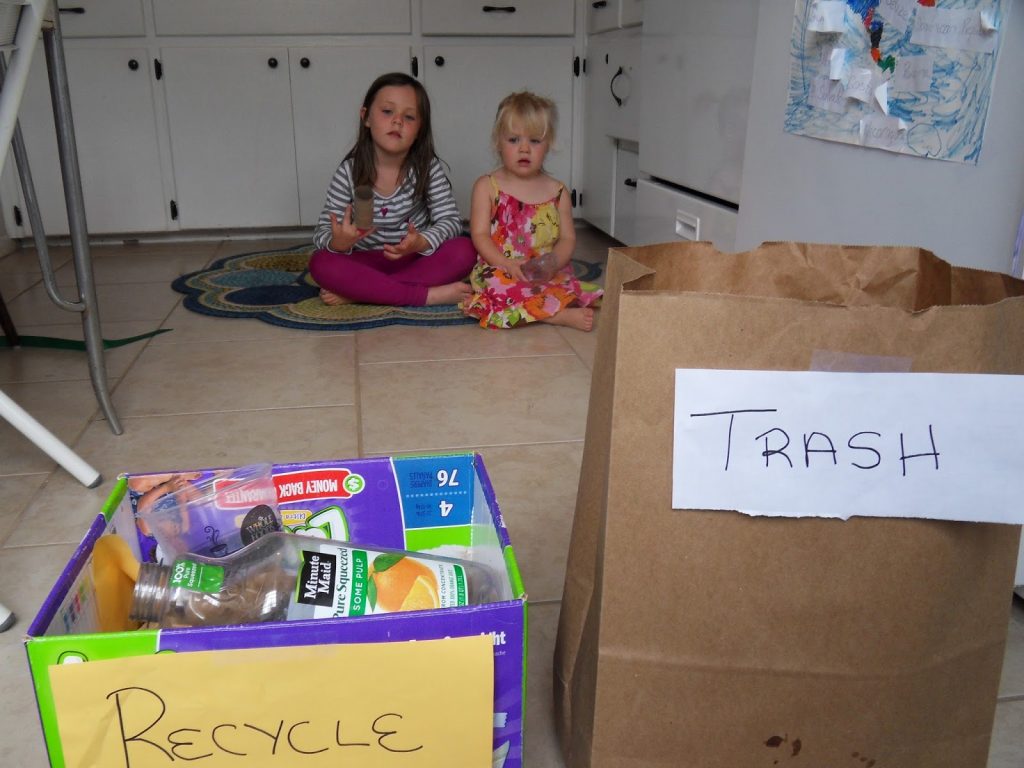 And they got a few wrong at the start (there might still be a diaper in my recycle bin). 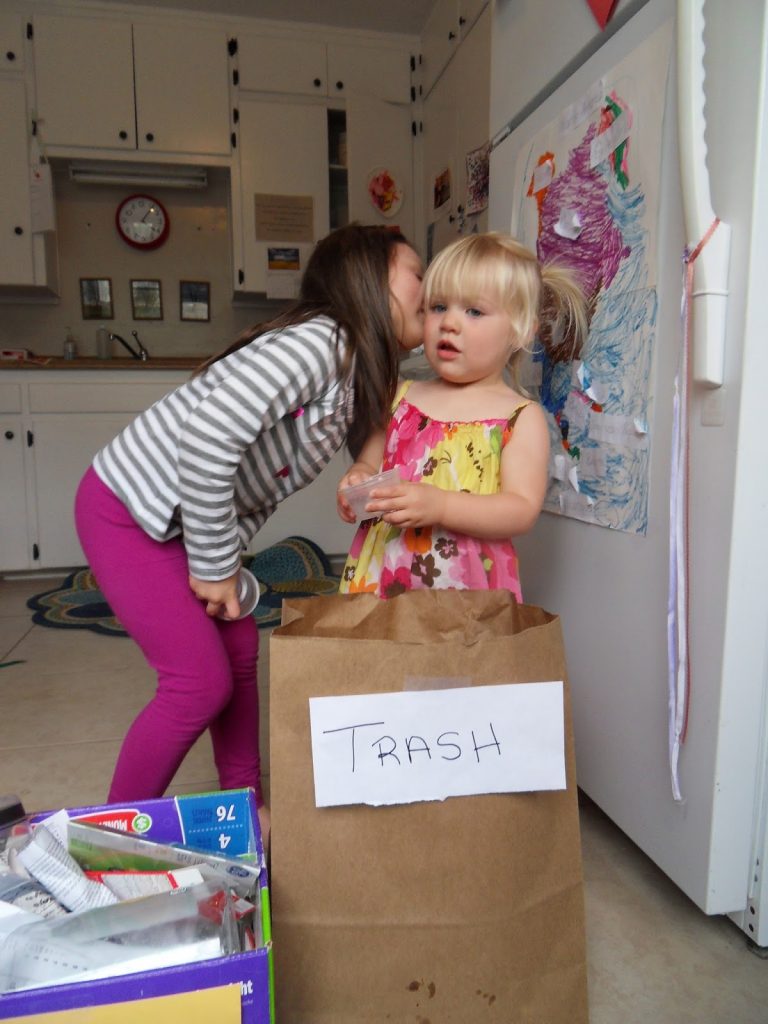 And even cheated a bit: 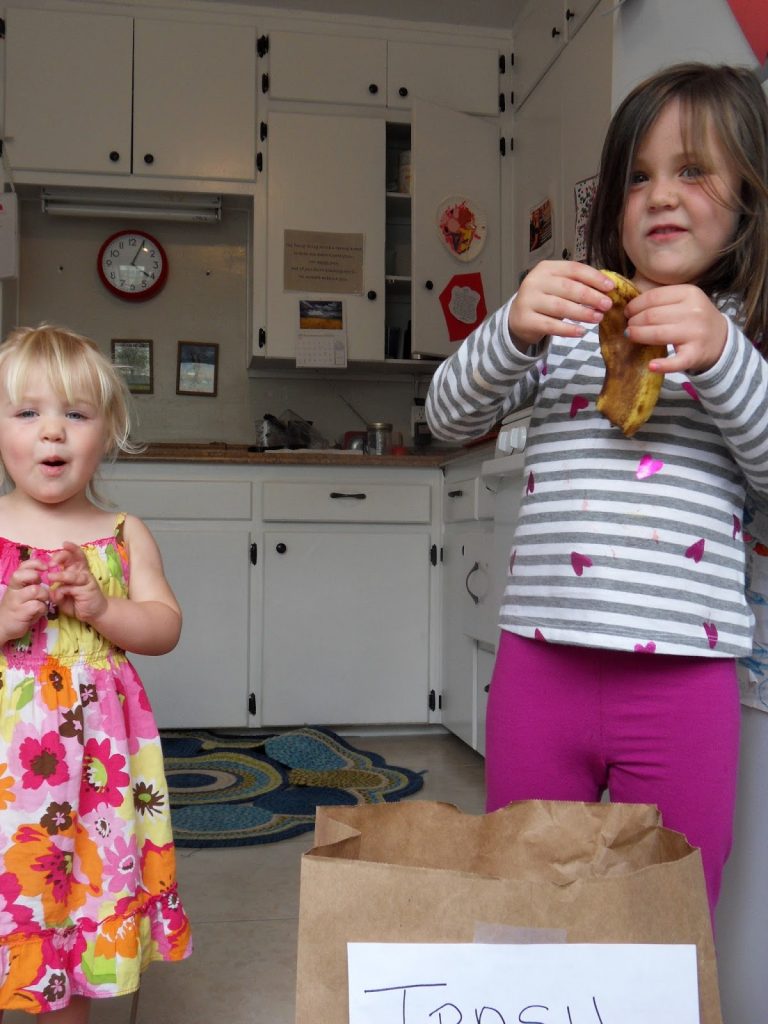 Were given some curve balls: 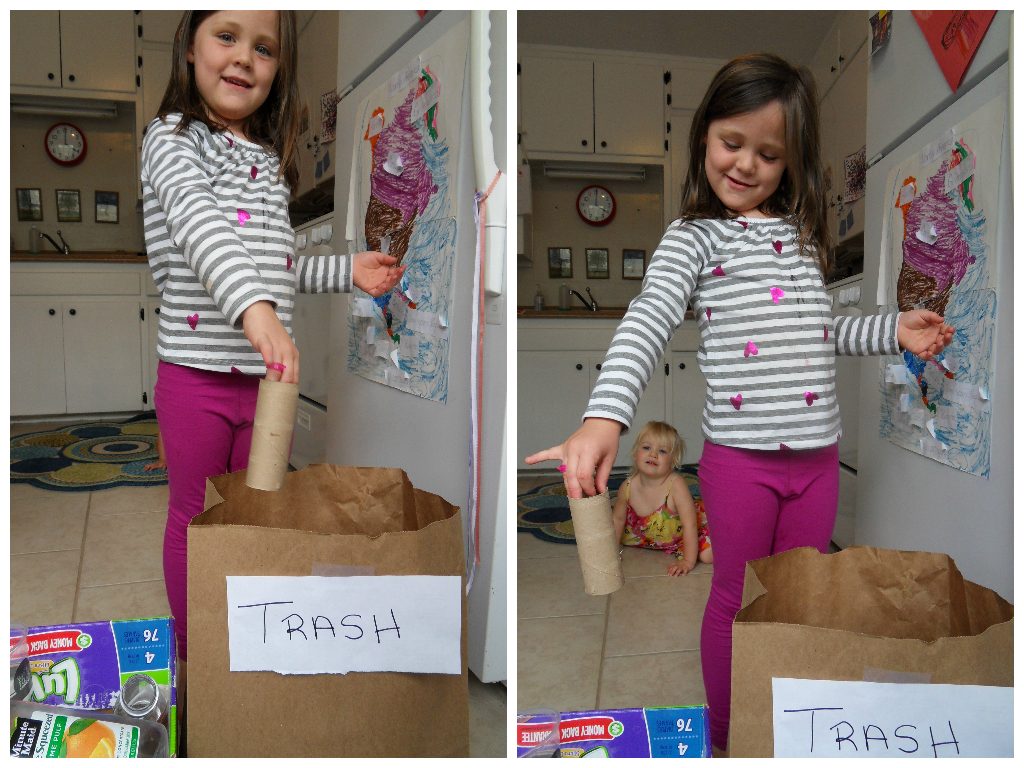 But with a little correction… 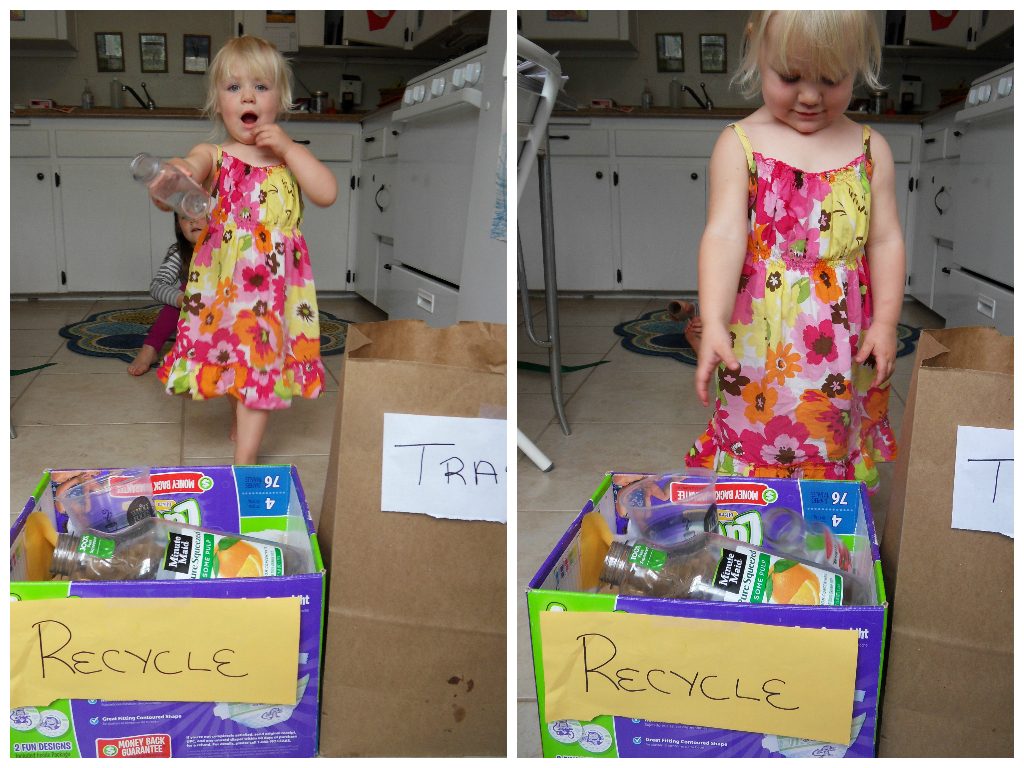 …we made some progress.

By the end, we had descended into blurry chaos. 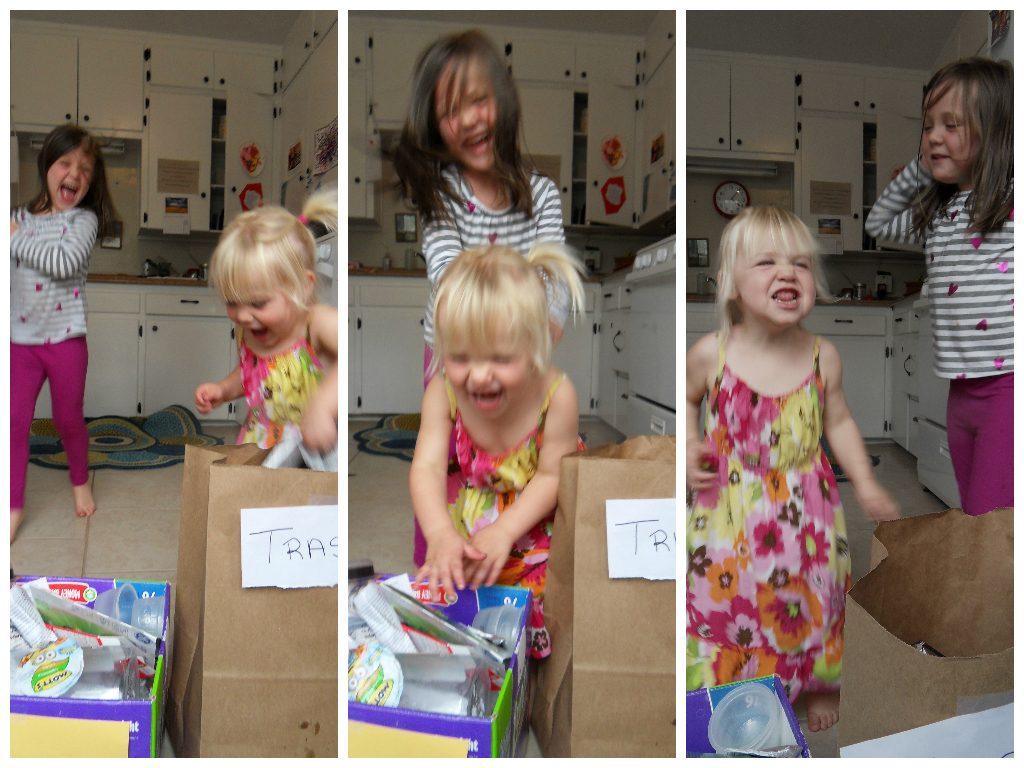