This week I was going to write about making a smoothie with leftover cilantro, but then I got this letter from my girl’s Kindergarten teacher…

…that was followed by an email describing the types of Valentine container/box thing you can help your child create and decorate with “stickers, glitter, markers and anything else you can think of.”

Ahh!  I don’t have any of this stuff.  I thought that was what Kindergarten was for?!

But since I wasn’t about to, to paraphrase Bea Johnson, “go down to Rite Aid, and as an adult, buy love letters for two dozen young children,” my daughter and I needed to get creative. 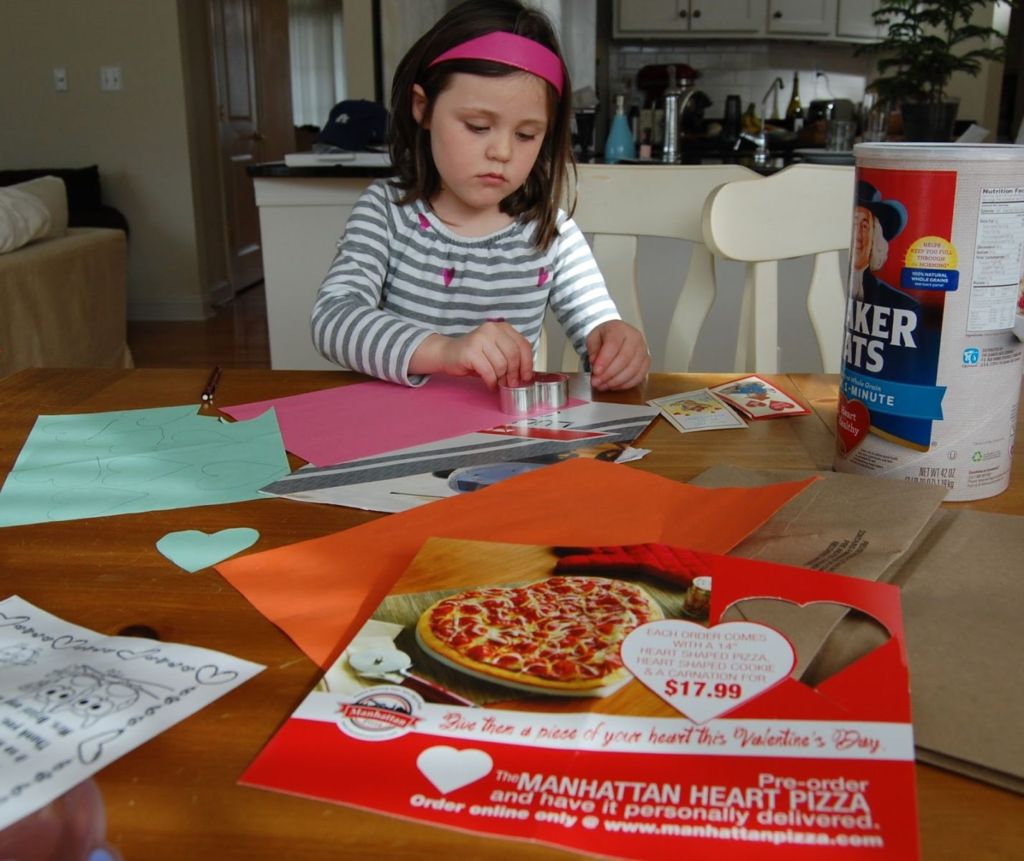 As it turns out, I had plenty of material. It’s amazing what still creeps into your home even when you work hard to keep it Zero Waste. We had enough junk mail (which is aptly-colored this time of year) and school flyers to make 25 Valentines.

So my girl got to work with a heart-shaped cookie cutter, a paper grocery bag, some scissors and glue. Watching her trace her patterns and cut them out and later, write her name on all the cards made me wonder,

“Why don’t they do this in Kindergarten?”

Aren’t these all developmental milestones?

After making the Valentines we re-purposed some wrapping paper to decorate an old oatmeal box so she has something to collect her Valentines in. 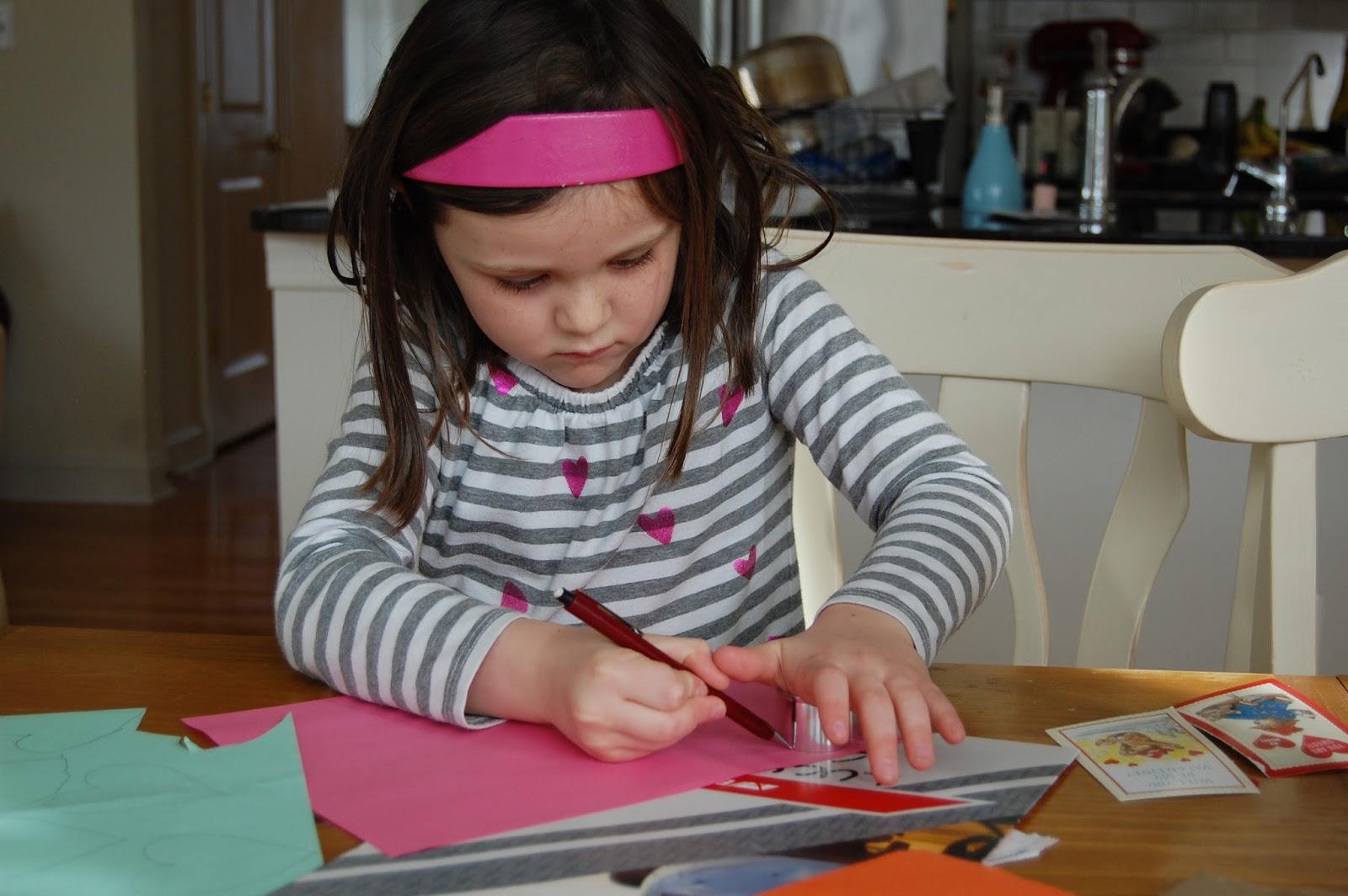 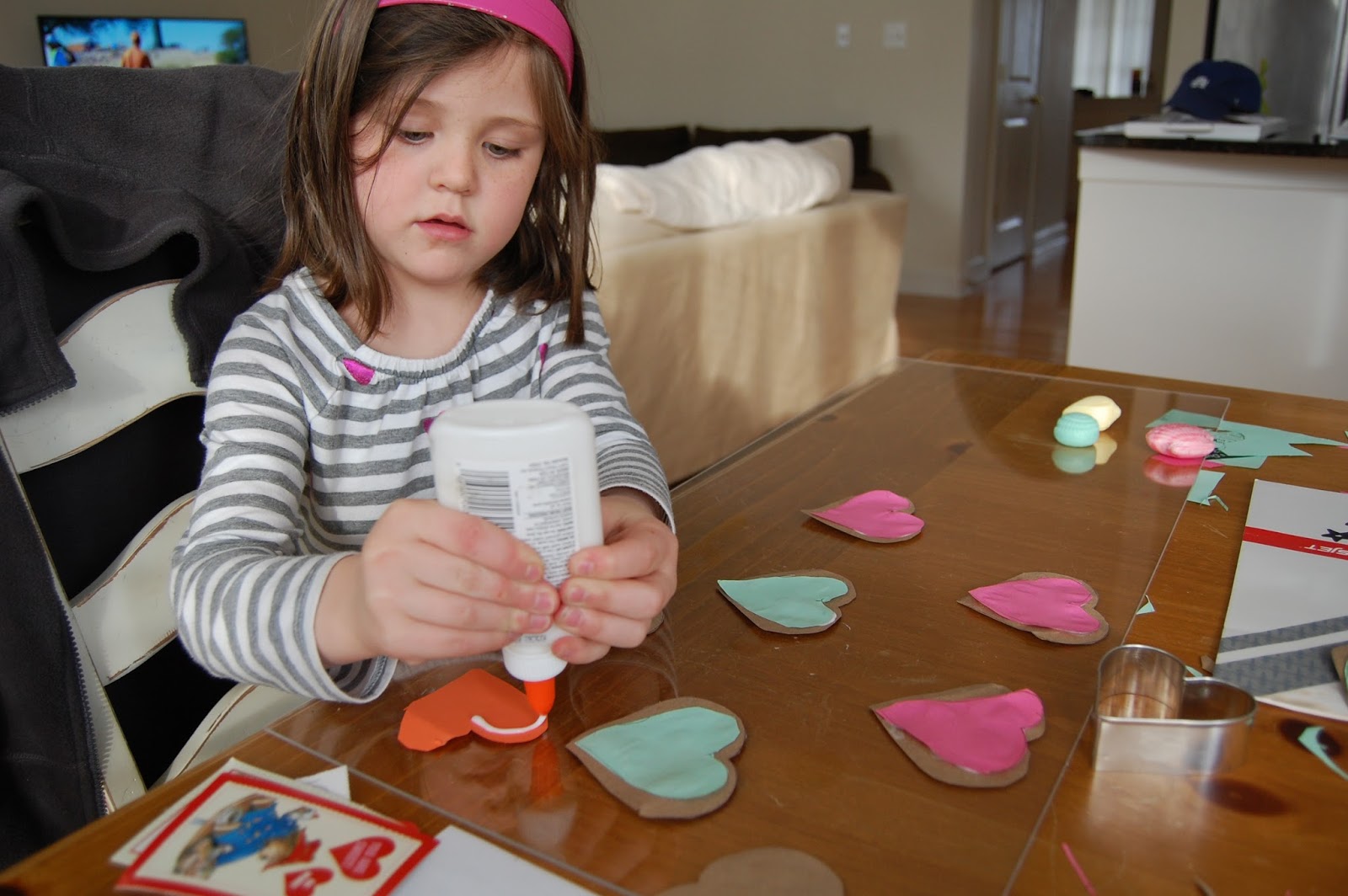 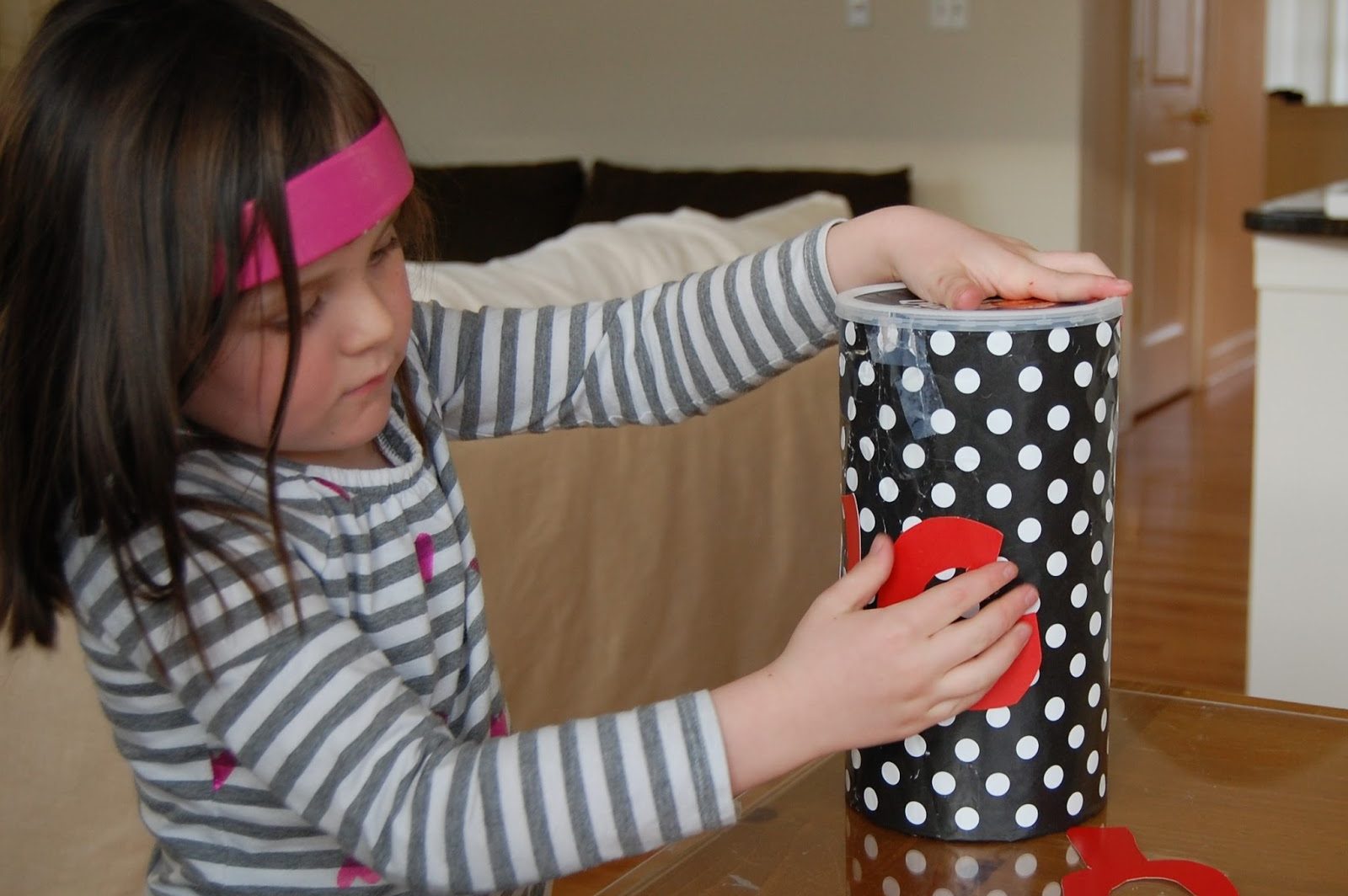 I know the request will come again next year and this has me wondering if I will engage in:

2.  angry passive resistance, as in, not send any Valentines;

3.  angry active resistance.  Strap a sandwich board on the girl with the words “Cupid Rhymes with Stupid,” letters cut from the remains of the Valentines she brought home last year.

As fun a craft as THAT sounds…pretty sure I’ll just start saving flyers again next January. 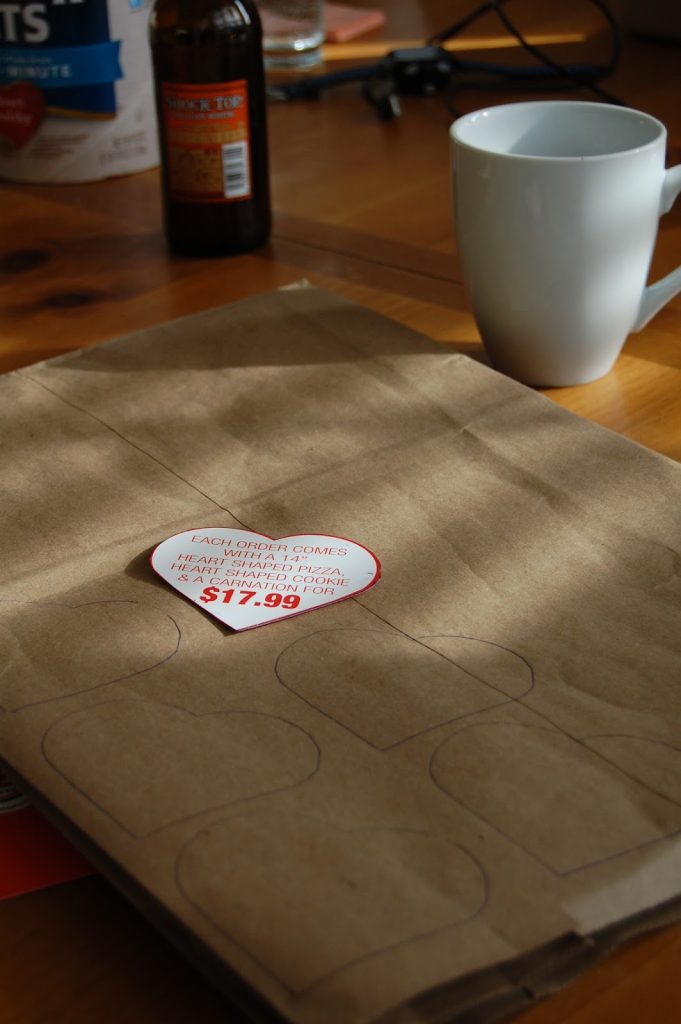 To those of you nice enough to make it this far:
why Yes! That IS a beer and a cup of coffee in the same pic. Sometimes you need a little “pick me up” AND “let down your hair”.